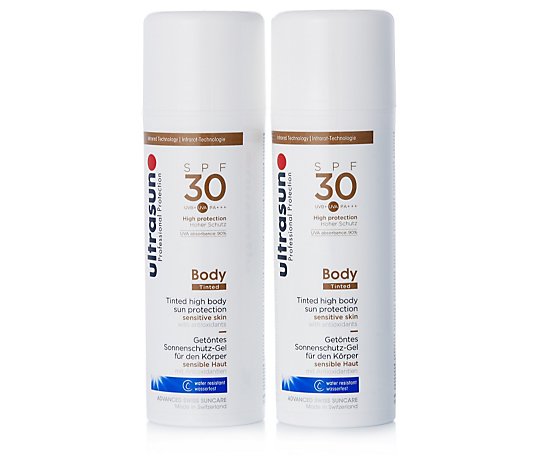 Ultrasun Sun Protection Tinted Body Sun Cream for sensitive skin is the ideal blend of colour and protection for the body, and delivers high, all-day protection with just one application. This sensitive formulation glides onto your skin to leave your arms and legs radiant while helping to prevent future sun damage and reduce the risk of prickly heat.
Contains:
How to: Please refer to the sun account to make sure you use the right level SPF for your skin and do not exceed the amount of time you can spend in the sun.