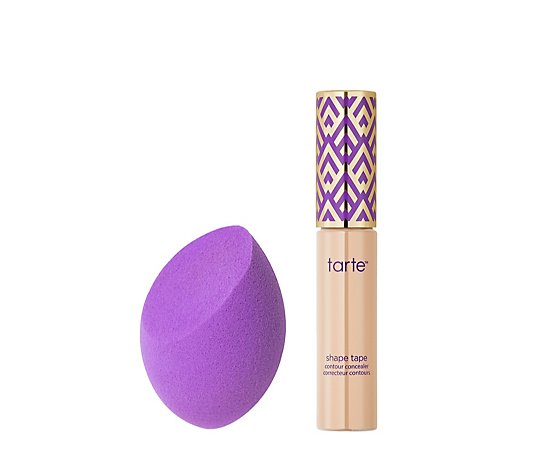 Discover the iconic Shape Tape Contour Concealer that works to highlight the contours of your face, and helps to conceal blemishes, redness, under-eye circles and visible pores without caking or settling. Add some brightness to your complexion and help smooth and brighten the look of your eye contours with Shape Tape, which comes paired with the Quickie Blending Sponge to help you achieve a flawless finish.

How to apply:
Cover and perfect:
Contour and highlight:

Our Cosmetics buyer, Kayleigh, chose this as one of her beauty must-haves, saying: "This is by far the best thing in my make-up bag! Shape Tape helps to diminish the look of my dark circles and the Quickie Blending Sponge works to smooth the product out like a dream. I use the shade Light – Medium as I like to have a brighter finish to my under eye area."