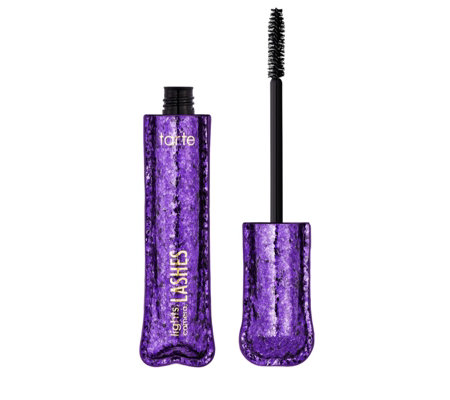 Lights, Camera, Lashes 4-in-1 mascara from tarte. This 4-in-1 mascara from tarte Cosmetics is formulated to provide four lash benefits - lengthening, curling, volumising and conditioning. Never feel lash-lacklustre again and flutter your lashes with style wearing this Lights, Camera, Lashes tarte mascara.
Contains:
Likely to re-order this item?
Choose our Auto Delivery option and receive this collection once every 90 days for a 15 month period.

What is Auto Delivery?
If you're keen to stock up on this item, then you can sign up for our Auto Delivery plan, where you'll receive further drops of this item over a specified period, at today's price. Click on the Auto Delivery tab above to purchase this plan.


Delivered to UK only