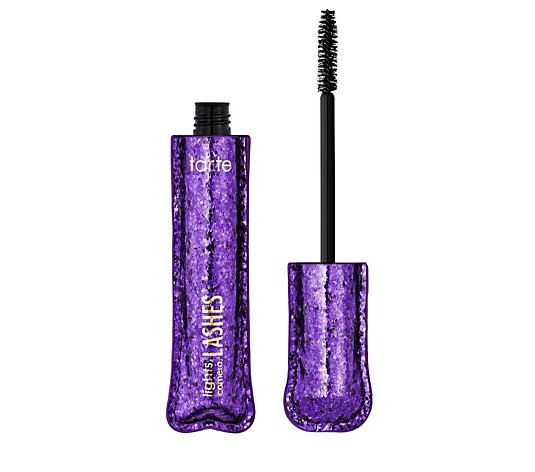 Rated 3.6 out of 5 by 108 reviewers.
Rated 5 out of 5 by Naddyj I Love this Mascara I love this mascara. I have found it easy to apply and this really gives my eyelashes the wow factor. I do not find this mascara messy to apply and it does not clog up my lashes. After trying most mascara's on the market, I am now a Tarte convert and will be using this mascara for some time to come. April 16, 2015
Rated 1 out of 5 by HollyBeepBeep So Bad This is the first mascara I have bought for a very long time. I have been making my own mascara as I like to know what the ingredients are and that they have not been tested on animals.I decided to research if there were any products out there that I could purchase for convenience. This ticked all the boxes.Unfortunately the formula is worse than the fist batch of my homemade mascara. It clumps, flakes and stings. My homemade mascara does this, but does not cost so much. I was unable to return it before the deadline. February 02, 2015
Rated 3 out of 5 by StyleQueen57 Disappointing I was initially pleased with this product. I have very fair short lashes and all was well at first. Please be aware that it begins to clog particularly around where the lid and base meet. This has put black marks on everything it has touched in my cosmetic bag. Such a shame. December 21, 2014
Rated 3 out of 5 by citygirl101 Not impressed I had high hopes for this mascara after watching the demonstration. I wouldn't say it is terrible but it certainly doesn't live up to the hype. For the first couple of weeks of using, it felt quite nice though no better than my usual Lancome. Unfortunately it has now started to dry up so I don't think it will last much longer. The good points are that it makes my eyelashes feel soft and also gentle on my sensitive eyes. On watching the demo again I noticed that the model has extremely long eyelashes, not your average length - that's why her lashes look so amazing when this is applied so don't be fooled. I will not be repurchasing. December 19, 2014
Rated 1 out of 5 by LadyMo No Wow Factor It has nothing special about it. It was just a basic mascara you could buy on the high street, for less. The mascara was extremely dry and cakey, I could barely get it out of its tube. If I were to suggest a better brand for mascara, it'd definitely be Eyeko. But thank you for letting me try it. December 18, 2014
Rated 3 out of 5 by Fuschia2 Clumpy Mascara The good points about this mascara are that the lashes stay really soft. The wand is a nice size and the black is really black. The not so good is that it is very clumpy, dry and flakes very quickly. It's a shame as the black is a good colour but overall just too dry. December 15, 2014
Rated 2 out of 5 by logan awful This mascara is one of the worst I have ever used and I've used quite a few, it goes on and dries very quickly my eyelashes did not curl with it and I found it flaked onto my face. RETURNED. December 09, 2014
Rated 2 out of 5 by LETTY1 Interesting packaging, average mascara As stated in the title the packaging is interesting but the product is just average. To be honest it does give a good effect on the lashes but I found the mascara dried out very quickly. After using it every day for a week I found the consistency quite dry. I purchased the new Benefit mascara for comparison and found it to be way better. Sorry Tarte. I do however look forward to trying other products in this range. December 08, 2014
Previous 3 4 5 6 7 ... 14 Next