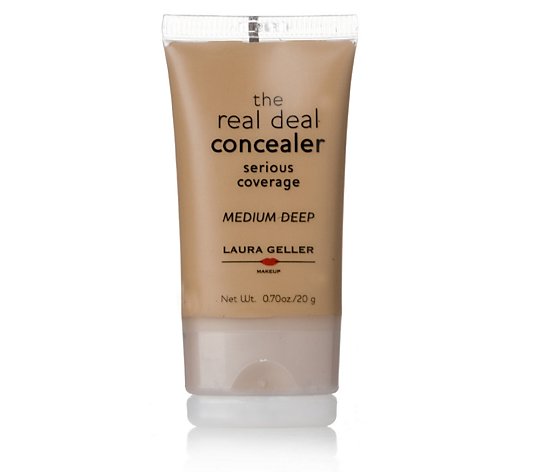 This fantastic cover-up from Laura Geller is the ideal antidote for all those flaws that plague your complexion - it helps to improve the look of scars, birthmarks and much more. Improve the appearance of dark under eye circles, spots and other blemishes with the versatile Real Deal Concealer.
Contains: