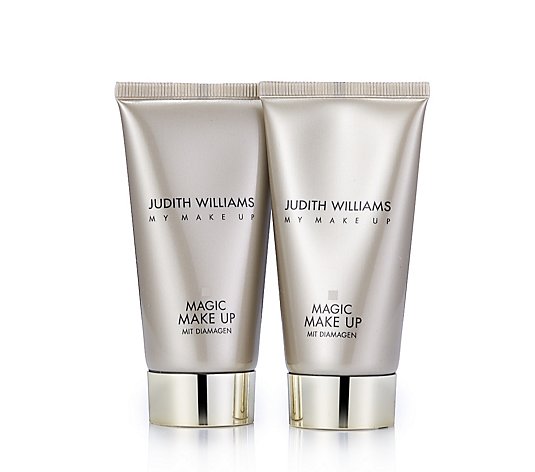 Rated 3.9 out of 5 by 76 reviewers.
Rated 5 out of 5 by BarbsS This really is magic. Try just a small amount of Magic Make-up and you will see instant results. I prefer the minimalist approach so it is ideal for my needs, however you just need to build it up for more coverage. I like this product because of its lightness. I don't feel like I have something caked on my face. The colour that comes out of the tube is a shock as it is quite dark, however, trust the product it does adapt to your own skin tone. As with all foundations, finding the right one is like looking for the holy grail, but I would say this this product is well worth trying. November 14, 2014
Rated 1 out of 5 by Gamriegal Still orange I purchased the Magic Makeup several months ago, after being very impressed with the presentation. I tried several times to get it to work, but it never adjusted to my skin tone and remained with an orange hue no matter what I tried. The colour did settle down from the rather frightening shade it was when I squeezed some out of the tube, but it could not 'go down' to match my fair colouring. Although it initially smoothed on well, I found that it left my skin with a chalky feel. Should have returned it, but forgot! October 24, 2014
Rated 5 out of 5 by hifive At last! I have eventually found a foundation to match the colour of my skin, and it's only taken me 50 odd years!! I have always had difficulty matching foundation to my skin as it obviously varies with the seasons, depending on whether I have a tan or not. I use Laura Geller baked powder in medium, but find that after using this Judith Williams cream, I don't need it. The Diamond Magic gives a much more natural look and, for me, covers any imperfections I have. I've order a further two as I wouldn't want to run out!! Love it! October 20, 2014
Rated 5 out of 5 by Yvonne Love it Diamond Magic is magic so light on my face live ir October 01, 2014
Rated 1 out of 5 by kiranMay25 poor quality I bought it while show was going on, we were told its for all skin colour, wrong information, wasted my money. Still paying all installments while product is not for any use. September 18, 2014
Rated 5 out of 5 by mfcw I love it! I know we are all different but for me this is the best make up foundation I have ever used I wear it every day and it still looks good come bedtime. September 16, 2014
Rated 4 out of 5 by Phyllis I like this and use it sparingly I have purchased this item once again, and use it on top of my face cream whether it is Ultrasun or day cream, and find that it is perfect for daytime use. Used sparingly it lasts a long time, do not have any problems in using it. Have watched Judith Williams use it on air, and follow her instructions. Thank you Judith. September 12, 2014
Rated 1 out of 5 by chequers nope Sorry not for me. Not enough coverage Nice feel to it but dosnt dry either Have returned. September 10, 2014
Previous 4 5 6 7 8 ... 10 Next