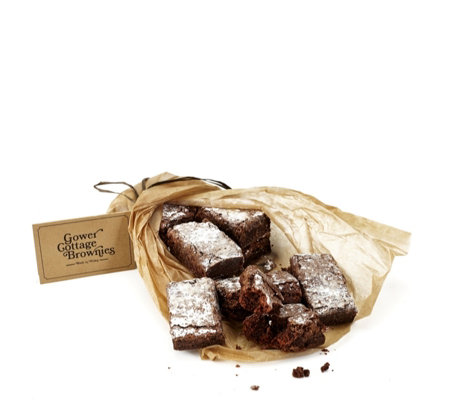 Baked fresh to order, this delicious Gower Cottage selection includes 12 handmade Belgian chocolate brownies which arrive beautifully packaged in raffia and tissue paper. With a choice of different flavours to suit every sweet tooth, treat the family with this indulgent array of Gower Cottage brownies.
Contains:
Options:
For allergens, nutritional information and ingredients please see attached document - allergens will be in bold