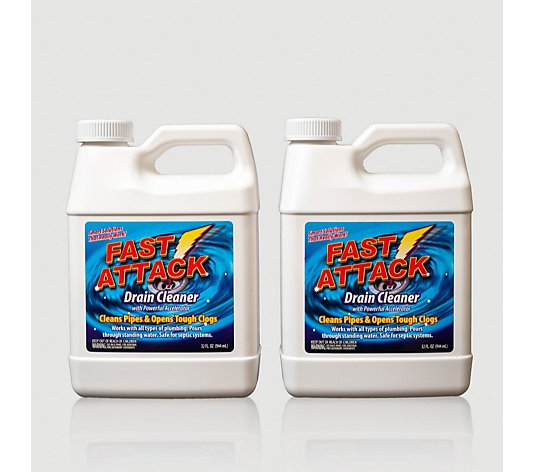 Delivered to UK only

Rated 3.9 out of 5 by 37 reviewers.
Rated 5 out of 5 by medieval best thing ever used I have suffered with a very slow running bathroom sink for years - i have even been told that to solve it would be to relay the pipes - BUT i used this just once, leaving it overnight to do its magic and in the morning its just amazing - fast flowing draining sink - cannot praise this item enough - absolutely marvellous July 30, 2015
Rated 2 out of 5 by Tracyb125 Not for me I bought this as a preventative measure and over the course of the last couple of months I have used it, I then started to get a build up and all sinks in my house started to block and this did not unblock the problem. It is good for keeping plug holes free from hair but that is about all. Today I have had to get a plumber! I will not buy this again it is expensive for it not to work. July 13, 2015
Rated 5 out of 5 by BooBoo1 Did exactly what I needed! Excellent. Did the job on the first attempt. Had tried lots of different products to clear the problem. Water was draining away very slow in the bathroom sink and this solved it. June 09, 2015
Rated 4 out of 5 by 9451 Seems good all around Didn't do what I wanted - but nor would anything else (probably consolidated polystyrene filler) - cleared it with Blaster eventually. THIS product however works a treat in cleaning the drain generally. May 11, 2015
Rated 5 out of 5 by Snookums Excellent stuff Cleared out a blocked washing machine outlet pipe in one go. Great stuff May 03, 2015
Rated 5 out of 5 by yojac Very Effective I'm very impressed with this product. It did what it states on the label... April 27, 2015
Rated 5 out of 5 by Lianne34 Brilliant! I ordered this after using multiple other products but with no luck. Must admit I was reticent but it really worked! Used for both my kitchen sink & shower & after a few hours both were clear & the water flowed down freely. I would highly recommend this product. April 22, 2015
Rated 5 out of 5 by Chimaine works This seemed expensive compared to other products on the market but thought I would give it a try as my shower blocks up regularly with the hair I shed. It worked first time and I have put it down all the plugholes as a precautionary measure. Definitely cheaper than a plumber. Would buy again. April 21, 2015
Previous 2 3 4 5 Next